The stories behind a CV

Based on my CV, you might think my path to becoming a tenured faculty member was pretty smooth: master's degree, Ph.D., two postdocs, faculty position. The true story, however, is much more twisted. During my graduate work in physics, I was so out of my depth that, as an escape, I spent more time on online chess, political activism, and volunteering than on work. After my Ph.D., I almost left science for business consulting or politics. I ended up staying, but I changed fields. I published zero papers with my first postdoc adviser. In my second postdoc, I constantly felt inferior to a fellow researcher who seemed to come up with all the good ideas. All that time, I often thought that I was the only one struggling, and that everyone else was sailing smoothly along.

My 9 years as a faculty member at Baylor College of Medicine and now at New York University (NYU) have changed that view. Students and postdocs have shared with me their personal struggles with procrastination and impostor syndrome. They have also shared their frustrations with advisers—for not giving concrete guidance to go along with grand ideas, changing projects on a whim, being out of touch with modern methods, and more.

At the same time, I noticed that our community is not very good at talking openly about such personal challenges. So, in 2014, my colleague Cristina Alberini and I started a monthly event series at NYU called “Growing Up in Science.” In 30 minutes, followed by a discussion, a guest tells their life story—with an emphasis on difficulties, doubts, detours, and failures. Emails announcing the events include both an “official” and an “unofficial” biography to highlight the difference. Faculty member guests have ranged from second-year assistant professors to the president of NYU. We have also featured alumni who left academia, including a journal editor, a screenwriter, and two neuroscientists-turned-data-scientists.

The series has made it abundantly clear that smooth and straight career paths are rare. An accomplished junior professor described how he felt aimless and unsatisfied early in his Ph.D. studies and only made it through because he “kept showing up”—a prescription reassuring in its groundedness. Another faculty member described the disheartening transition from star graduate student to underappreciated postdoc in a less supportive lab. We heard about the tolls of long-term long-distance relationships, how workaholism contributed to the failure of a marriage, and the challenge of unrealistic expectations from parents without college educations.

Some elements of each story are unique—one guest started his career as a theater actor, while another had to deal with the death of an adviser—but they all highlight the reality that almost everyone faces challenges and struggles. In response to a survey we conducted to evaluate the series, one person wrote, “It has reminded me that professors are actually human, and they go through the same pains as we do, and that's okay.” Another student wrote that the events “made me feel more connected to the department and my peers.”

To broaden the impact, for the past few years I have asked to give a “Growing Up in Science” talk whenever I give a scientific talk at another institution. Invariably, more people stay behind to speak with me after Growing Up than after the scientific talk, and several departments have started their own series after my visit. These events sometimes give me new perspectives on my own story. For example, a student at the University of Cambridge noted that although I tell students not to derive self-worth from outperforming peers, that is the mode of thinking that got her where she was. The comment made me ponder whether competition is destructive, healthy, or necessary in academia. I also delight in seeing attendees dare to bring up their own struggles, and the conversation continuing in the hallway afterward is a sign of a mission accomplished.

Freedom 0: The freedom to run the program, for any purpose (freedom 0). 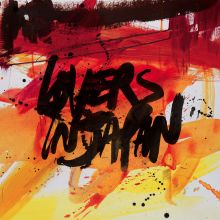 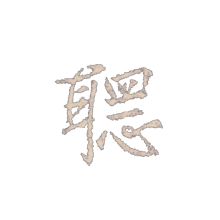 Freedom 3: The freedom to distribute copies of your modified versions to

others (freedom 3). By doing this you can give the whole community a chance

to benefit from your changes. Access to the source code is a precondition