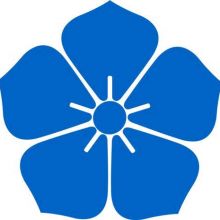 The best- and worst-paying college majors, five years after graduation

The top 10 majors earning the most five years from graduation are all related to engineering — except for computer science, which ranks fifth out of all majors. Of that top 10, the average yearly salary is just over $68,000, with computer engineering paying $74,000 in median wages — the most of all majors.

The bottom 10 majors after five years are mostly liberal arts degrees, and they all pay less than $40,000 in wages right after college. In some cases, the lower-ranked majors pay almost less than half of what the best-paying majors earn.

For comparison’s sake, a minimum wage job that pays $15 per-hour works out to $31,200 in yearly wages, if you were to work 40 hours every week. That pay is nearly on par with what you’d earn for a college major in family and consumer sciences — a life-skills college degree that ranks the worst in terms of median pay within five years of graduation, with yearly wages of $32,000.

Four majors — family and consumer sciences, the performing arts, general social sciences and social services — actually pay less than the median salary of $35,805 for full-time workers in the U.S., regardless of education, according to the Federal Reserve Bank of St. Louis.

The good news is that most college majors still offer greater earning potential compared to a high school degree. The median wage for college grads ages 22-27 is $52,000, compared to a median wage of $30,000 for workers with no college degrees.

Plus, all college graduates’ salaries improve over time, regardless of major. The study tracked “mid-career” ages for graduates between 35-45, and found that the average pay for all majors goes from $46,891 to $74,123 in that time.

However, the top and bottom rankings remain consistent for both early and mid-career college graduates, with engineers at the top and liberal arts and education majors at the bottom. The gap in wages also increases over time, as top mid-career earners make about $100,000 while bottom-ranked earners make less than $60,000. This includes family and consumer sciences majors, who earn a median mid-career salary of $51,000.

The best- and worst-paying college majors, five years after graduation